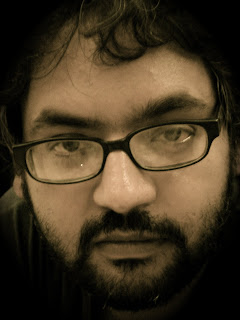 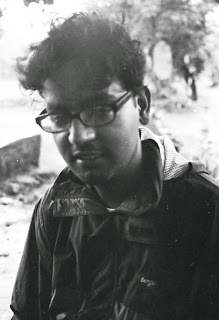 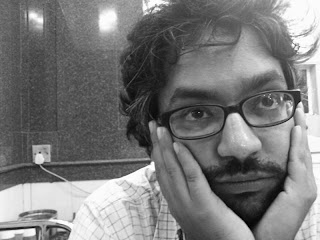 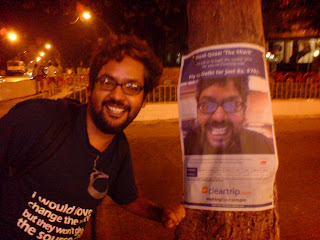 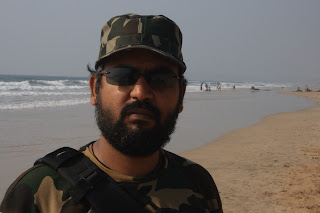 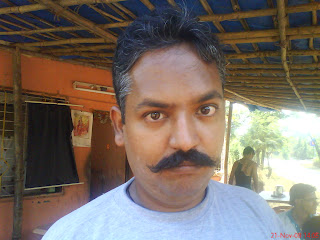 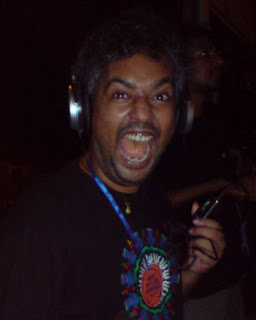 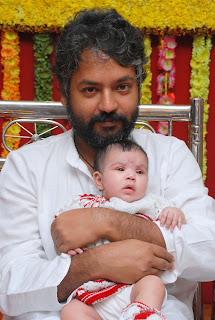 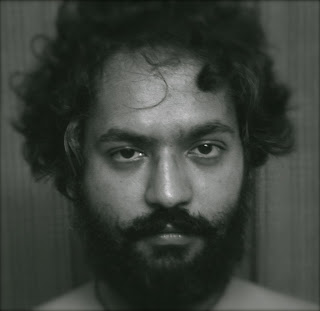 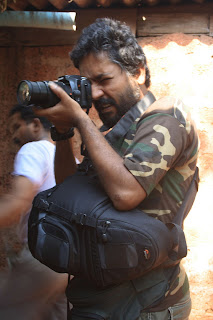 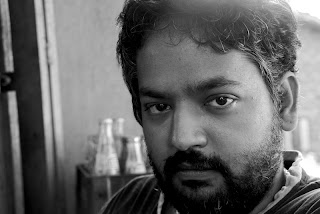 These are the various moods of Abhijit Rao aka Quasi aka Q aka Gadget Boy aka DaRao aka SPM Singh (only his school friends will get the last one)....

Q is a software dude of the highest order, a brilliant photographer, an absolute geek and probably the laziest, slobbiest, arse i've ever seen (not that i've actually seen his arse, mind you).

He has a tendency to spend long hours in the loo (perplexing, since his regular twice-a-day "fun feature" usually lasts all of 30 seconds - self admittedly), longer hours in front of the computer and any remaining time stretched out flat on his back, snoring his nose-hair off.

Atleast that was the case till the end of his college years. For the last 4 or 5 years you could find him at all odd hours at the Ruia naka, mingling with guys and chicks half his age (and managing to cross a few bases with some of them! - both sexes). He also developed a major travel bug, and has burned rubber extensively, earlier in my Maruti 800 and his Maruti Esteem, and more recently in my Honda City and his Mahindra 4x4 open Jeep. His writings and photos, including those from his travels, can be seen on his blog and his flickr account. Quite a lot of it is really good stuff.

His geekiness has matured considerably from blowing nose bubbles during school, to accumulating a collection of gadgets that most commerce ch*ts like myself can barely even operate. His stash includes.....

-- more than a dozen torches of various sizes, shapes, twists, makes and strengths (all expensive, mind you),

-- fisher space pen (the kind thats actually used in space; note: Paul C Fisher developed the pressurized refill for NASA in 1965. The combination of tungsten carbide ball point & thixotropic ink in a hermetically sealed cartridge pressurized at nearly 35 pounds per sq. inch allows it to write in freezing cold, boiling heat, underwater and at any angle - even upside down!; reminds me of the age old "american jet propelled pen v/s russian pencil" joke)

-- mustard coloured floaters (brilliant thing about these is they totally fool you; you'd guess they cost around 400 bucks while they actually cost 4000!)

He has 2 major regrets in life: one is that for the last 4 years he has had a male wife (who is most probably going "sheee, flop!!" while reading this (sorry percy!)). The other is his phone voice; his carefully cultivated ranti looks are ofttimes jeopardised when he answers the phone and friends ask, "aunty, is abhijit there?" :-D

Most would agree that he can be quite a pain sometimes (quasi in an argumentative mood and a charging rhino are equally dangerous), but somewhere below the layers of body hair and grime, he's a really great guy! He has helped me get out of some pretty bad spots and has generally been there whenever i've really needed him. Quasi - my elder brother and one of my best-est friends. :-)
Posted by Vivek Rao at 8:54 PM

i somehow have feeling that quasi is going to refuse most of the stuff!!!!!

i want to see percy's face when he reads this!!!

I now know a lot of stuff abt him than i did before....

mustard floaters???? and well u didnt mention the most hilarious thing he possesses.... i dont want to write abt it but i hope u remember what im talking abt!!!!!!

which one is this hilarious thing that u are talking bout.. i could do with some clues on that...

All most all the features of dada is cover by you, i think you just missed his painting part (water color and charcoal).

And abt dada i hv not seen any person more telented and crazy than him.

Aunty - abhijit hai .....haaahaaaahaaaaa hilarious...ROTFL....done that so many times myself :D brought back old memories....always knew he was one talented nut....just got to know sooo much more about him...woow !

Samu, i hope these revelations dont stand in the way in case he proposes!! hehehe

Jokes apart, I hope he hitches up with a girl soon. He cant be with Percy forever you know. I mean, both of them need to fulfill their emotional needs too, and not just the physical ones....

Vivek please change your about me text to look like this..
"I'm usually found, to be little more short (now) & little more round (now):-)".
Cause i believe that, it is going to be the after effect of wrestling match between two of us.

hehheheeh can u guys record the video of ur fight and send me a mpeg. Ill write my next blog post on that :) the case of the kadka beating up the balloon :)